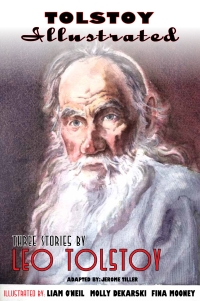 Mark Twain connects with readers in China in a way he doesn't usually connect with readers in the USA. Running for Governor, one of three stories in Twain Illustrated, stands out as the best example of why this is so: The Chinese adore Twain as a satirist, while Americans have largely ignored this aspect of his wit.

More than a century after his death American readers still hold Twain the author in the highest esteem. He is widely viewed as the preeminent American humorist and most critics credit him as the founder of the American voice in literature. He is iconic, and has been all along.

Twain Illustrated that he was Running for Governor

Twain Illustrated contains three funny stories by Mark Twain. All three stories are funny, but one, Running for Governor, is also scary, since it strikes so closely to what is currently happening in the USA and elsewhere. Democracy is in danger because so many people don’t know what to believe in this information/disinformation age of ours. Of course, as the story shows, this phenomenon is not exactly brand new. For most of the nineteenth century, politicians funded major newspapers throughout the US. In 1870, only 11% of urban daily newspapers were independent of corrupt influence by politicians. Twain surely had this in mind while writing Running for Governor for his monthly column in The Galaxy, a literary magazine, in which he portrayed his fictional candidacy for Governor to be just as hopelessly futile as it would have been in fact.

Twain Illustrated: Twain Presumes Too Much

Twain illustrated contains one reborn story—Emerson, Holmes, and Longfellow—largely requiring rebirth because even the great Mark Twain could presume too much. The story is my adaptation of a speech he delivered in 1877 at a Boston banquet honoring esteemed American poet John Greenleaf Whittier. Twain presumed his audience was in a playful spirit that night as he prepared to deliver a speech that poked fun at literary giants Oliver Wendell Holmes, Henry Wadsworth Longfellow, and Ralph Waldo Emerson. Either the audience was not feeling playful, or maybe everyone was reluctant to laugh because all three poets were seated right there at the head table with Whittier. For neither the poets nor anyone else in the audience laughed, not even once, during the entire story. Master humorist Mark Twain had come to totally expect laughter, and lots of it, when he told a funny story. He claims he never fully recovered from the humiliation he felt that night at the banquet.

by Jerome Tiller
In Twain Illustrated, I adapt three stories by Mark Twain by adding forty-three, contemporary-classic illustrations by Marc Johnson-Pencook. Included in this collection is the wildly hilarious The Facts Concerning the Recent Carnival of Crime in Connecticut. Mark Twain’s wit usually made people snicker or chuckle, but Twain's carnival of exaggerations more often made them laugh. Twain used and blended many comic forms, including witty jokes, puns, ludicrous impressions, irony, sarcasm, satire, and understatement. But very often he relied upon exaggeration to great comic effect. Like many humorists before him, Twain knew that too much of anything, received playfully, will make people laugh. So Twain filled this story with a carnival of exaggeration to hilarious effect. It's a must-read, must-see story in Twain Illustrated, as Marc Johnson-Pencook is able to keep pace with Twain's exaggerations every scene of the way.
Read More

by Jerome Tiller
Mark Twain made mischievous fun as a boy, and he never stopped making such fun. The practical jokes he played in his youth laid a foundation for some of the humor that would make him famous. According to some, all witty geniuses, Mark Twain included, developed their sense of humor after first playing pranks as children. I’m not sure about the truth of this. I would hope it were not so. Still, if it were to be true, anticipating this end result would probably provide some comfort to whomever has to raise a child prankster.

In essence, pranks embody tricks that produce surprise. But physical pranks also play out to the detriment of a victim. A victim hardly ever immediately sees...
Read More

by Jerome Tiller
Fans of Adam might want us to reconsider Eve and apologize for our insults and the violent trip we suggested they take over a waterfall. In anticipation of their desires, we will.

Apologies first. Eve was concerned for reckless Adam’s safety. She pressured him to stop going over a waterfall. Like Eve, we are non-violent. So we retract our suggestion that Fans of Adam go over a waterfall in a barrel like Adam did. As far as we are concerned, jumping in a lake is usually safe, so we will stick with that suggestion. Go jump in the lake.

As for our insult, were you to object, you would probably be referring to the ‘big baby’ charge we leveled adaptedclassics.comst you. But if...
Read More

by Jerome Tiller
Midwest Book Review recommends “Mark Twain’s The Diaries of Eve and Adam”. You will find their review posted on the Literary Shelf in the October 2017 edition of their e-magazine. It is the first comment we have heard about our newly published book for middle-school readers. Thankfully, it’s a positive one. And we are thankful exactly six times over that Midwest Book Review likes all the books in our Adapted Classics collection of timeless stories for middle-school readers.

That someone finally commented on the book pleases us. However, the reviewer disappointed us by quoting Adam's downer observation about death as the example of Twain’s funny, positive story. The short excerpt the reviewer used does not reflect the tone of the story at...
Read More

Fans of Adam - Mark Twain's The Diaries of Eve and Adam

by Jerome Tiller
Fans of Adam might dislike ArtWrite Productions, the publisher of the Adapted Classics book, “Mark Twain’s the Diaries of Eve and Adam”. The reason? The publisher decided to place Eve’s name before Adam’s in the title of the book. This upsets tradition, fans of Adam might say, and you do not upset tradition to appease women or to appeal to them for financial gain (women do buy more books than men, and men almost never buy books for their children).

Well, fans of Adam, do you want to know what lake you can jump into? How about the first lake you come upon? But do not drown, you big babies. Your womenfolk might miss you if they are anything like Eve,...
Read More

by Jerome Tiller
Issues regarding intentions and principles loomed while adapting “Mark Twain’s The Diaries of Eve and Adam”. I was concerned that Eve’s character could change if I added new material to combine two separate stories by Twain. But I gave myself leeway to add material because I had no intention to change Eve’s character. Heck, I would not intentionally change any aspect of any character created by Mark Twain. My sole motive in adding new material was to keep dialogue going between Eve and Adam from beginning to end. I tried to keep Eve’s character in line with Twain’s Eve by closely considering what Eve had to say in her diary before the fall, along with the few things she had to say...
Read More

by Jerome Tiller
Mark Twain wanted to bring Eve and Adam together, but his goal went unrealized until after his death. Twain wanted to unite his "creation stories" so Eve and Adam’s different perspectives on creation would stand in high contrast. As Twain said, “They score points adaptedclassics.comst each other — so, if not bound together, some of the points would not be perceived.” In 1931, 21 years after Mark Twain died, Harper finally brought the stories together by publishing a book titled “The Private Life of Adam and Eve”.