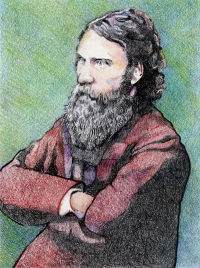 George MacDonald was born and raised in a farming community in northeastern Scotland in 1824. He is known as the grandfather of modern fantasy fiction. Many people, including noted fantasy writers C.S. Lewis and J.R.R Tolkien, believe that his fairy-tales are the best ever written. And remarkably, this holds true regardless of his intended audience. His gift for imaginative, symbolic fiction was so great that his tales generally transcend the ages of his readers. Whether written with adults, adolescents, or children in mind, most of his fairy-tales appeal to all.

Mark Twain (aka Samuel Clemens) was born in Florida, Missouri on November 30,1835 and was raised in Hannibal, Missouri, a small town on the Mississippi River.  He adopted his pen-name while working as a newspaper reporter in Nevada. It wasn’t long before author Mark Twain was writing humorous stories and thought-pieces for readers across the nation while lecturer Mark Twain was cracking up audiences with finely-polished stories, delivered to perfection.  It didn’t take long before his fame spread internationally or until it became permanent as gold with the publication of Adventures of Huckleberry Finn in 1884. He is widely regarded as the USA's foremeost humorist and one of its greatest authors. 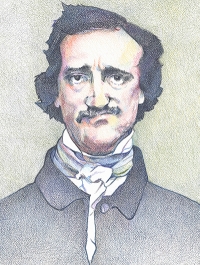 Edgar Allan Poe was a fascinating, superbly talented writer who lived a troubled, unfortunate life. He was born in Boston on January 19 1809. His father, an actor, abandoned his family when Poe was one year old, and his mother, an actress, died of tuberculosis when he was two. Brought up by foster parents who would not adopt him, Poe did not fit in well at home. A gloomy person, Poe also did not fit in well at school, in the military, or within society at large. But he sure could write well, and by the age of twenty-two he had decided he would make his living as a writer. Unfortunately, Poe needed to write constantly to avoid extreme poverty and never achieved fame until after his death. 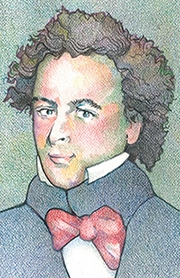 Nathaniel Hawthorne was born on July 4, 1804 in Salem, Massachusetts, a city where he spent much of his life and set many of his literary works. Hawthorne published over 100 short stories, sketches, novels, children’s stories, and non-fiction pieces during his career. He is widely recognized as one of America’s greatest authors. There have been few writers in any age who could render scenes more visually or expose the moral fiber of characters more ably than Nathaniel Hawthorne. He had a special talent for pin-pointing and describing his character’s deep-seated motivations in stylish, almost poetic prose. With a fanciful imagination and a deep moral sensibility, he looked upon all things in the spirit of love and with lively sympathies. In the field of American letters, Hawthorne is the most valuable example of the American genius. Among the men of imagination, he will always have his niche. 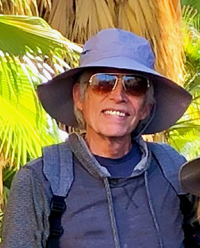 Merriam-Webster defines ‘adaptation’ as ‘the process of changing to fit some purpose or situation’. If so, that begs the question—for what purpose do I adapt classic stories for middle-school readers? Or what situation am I seeking to change?
I want to instill a love of reading in modern youth by introducing them to classic stories that will attract their attention, then win their hearts. And if I can do that once, modern youth might discover they can experience the love of reading great literature time and time again.
Reading great literature changes lives for the better, and too many people of all ages are missing out on that. I aim to change that situation reader by reader.
Read More...
Created with Pub Site
Created with Pub Site