George McDonald, commonly known as the grandfather of fantasy tales, was motivated to write because he lost his job as a preacher and needed money to support his family.  But short fantasy tales, his specialty, were not how he made money to do that. Back when he wrote in the mid-19th century, readers wanted novels, and they wanted realistic novels at that. They had had their fill of romanticism by that time, so only realistic characters placed in realistic settings and situations satisfied their literary taste. They preferred nothing short in length and wanted nothing audaciously imaginative.

It’s nice to know MacDonald had what it took to make a reasonably good living as an author writing novels back in those times. It’s also more than nice that he found a way to buck the tide and get his fantasy tales published. I wonder how he would like the illustrated version of The Carasoyn if he were alive to see how Marc Johnson-Pencook interpreted twenty-six of its scenes. I am biased, but I think he would. Here is one of Marc’s illustrations for you to sample. What do you think? 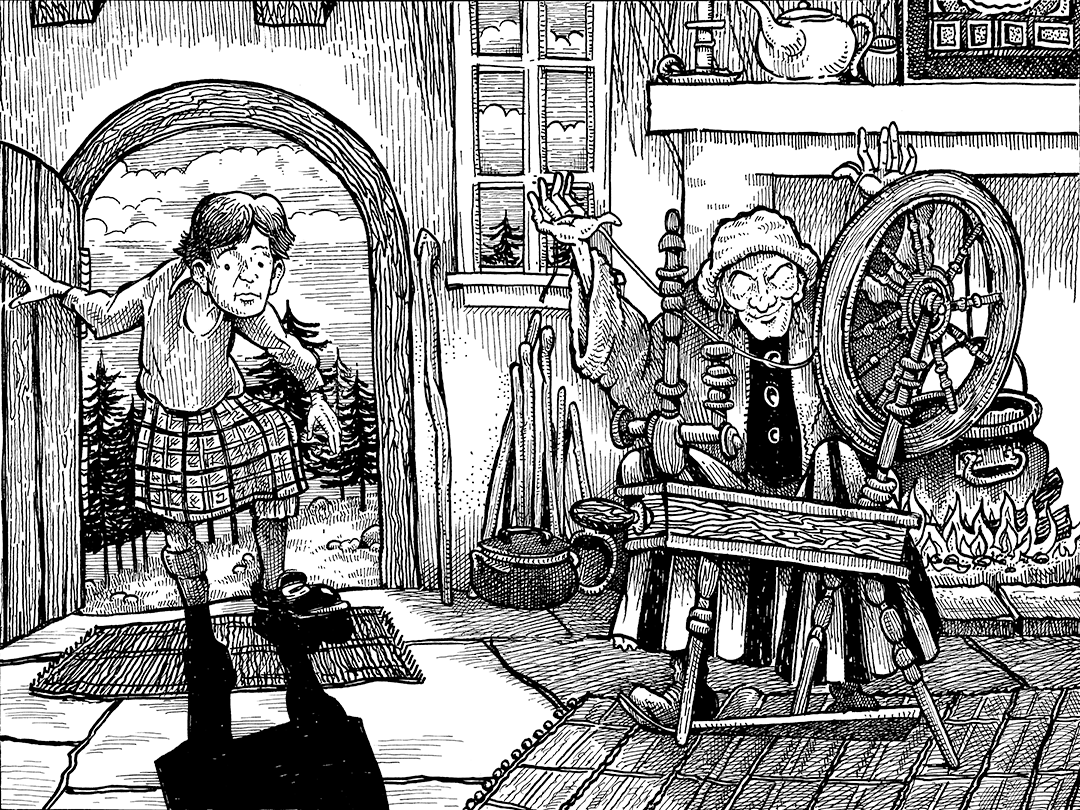